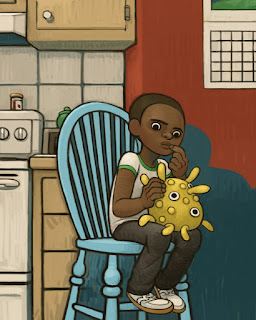 The yellow thing, he probably shouldn't have brought it in the house. 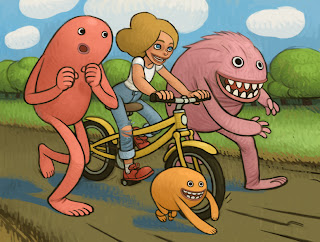 A piece for some mail outs I'm trying to get around to sending out. Brighter colours.

Posted by Chris Johnston at 11:17 AM No comments:

Una The Blade. Characters created by Steve LeCouilliard. I did this as sort of a warm up for drawing his characters in a few comic pages for his upcoming book.

Posted by Chris Johnston at 12:28 PM No comments: 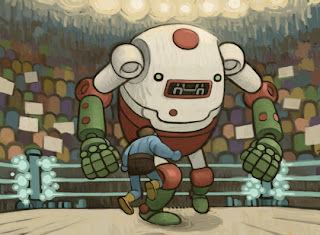 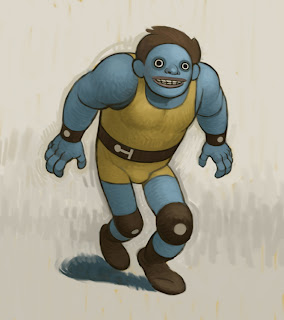 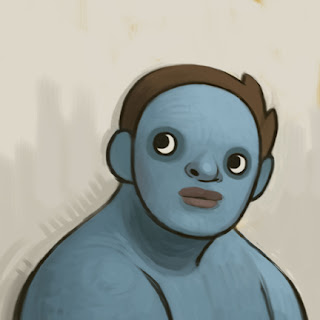 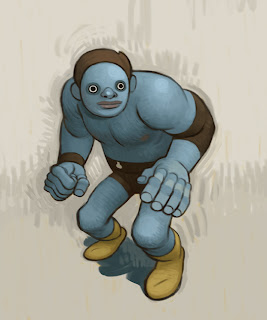 Alien Mutant Robot Wrestling art, This stuff was for a pitch I was developing with my friend Kelly that ended up being shelved. The blue guy is Rokko our main wrestler, he's a mix between Astro Boy and Rocky Balboa. He was this homeless guy who would watch wrestling on the giant city screen, being inspired by his favourite wrestler he decides to try and make into the galactic wrestling federation. He has the ability to learn special moves off other wrestlers while being beat up super bad. And his catch phrase is "Never give up!".


Posted by Chris Johnston at 11:45 AM No comments: